19 suitcases, good for more than 437kg of radio equipment

Svalbard a country with only 2000 inhabitants, but more than 3000 polar bears live there

Are the expenses for the QO-100 Dx-pedition. Your support is more than welcome

The northernmost habitable place in the world! 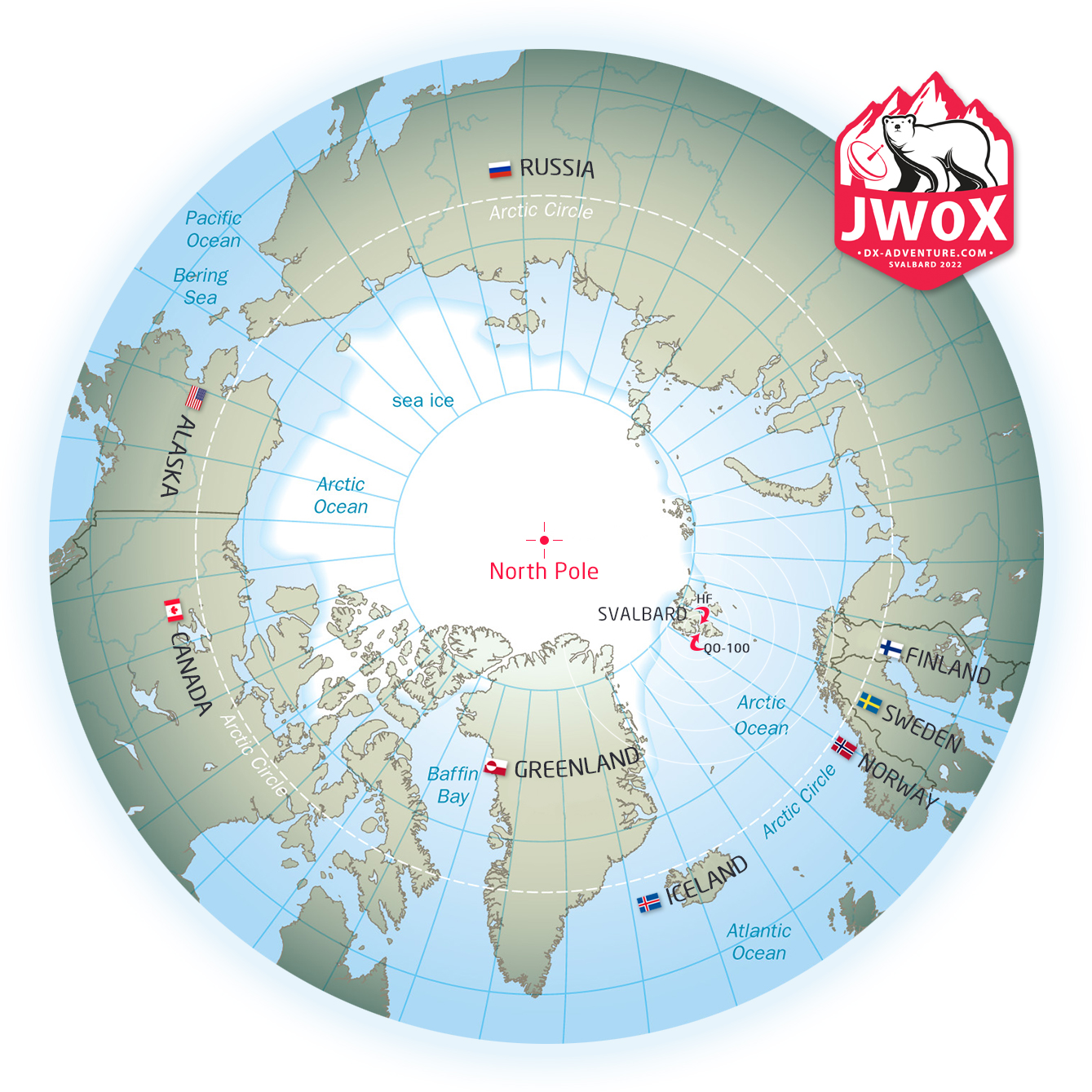 Fourteen Belgians and one Dutchman with German callsign are going to Svalbard… it could be the slogan of a good joke, but it is not. DX-Adventure put together a new DX team and will head to the far north for a DX-Pedition to Svalbard from April 19 to 26, 2022.

DX-Adventure is a new challenge of Erik de Mey ON4ANN and Max van Rymenant ON5UR. Early in 2021 we joined forces and worked on the new project. Pretty soon we decided that we wanted to travel to the northernmost habitable place in the world “Svalbard”.

The team consists of 15 very enthusiastic radio amateurs, almost all of them experienced in participating or organizing DXpeditions. Under the motto “You hear our signals, we feel the pile-up” we will move towards Svalbard from April 19-26, 2022.

The goal is to build 5 stations from three different locations from Longyearbyen the capital of Svalbard. The stations will be active on the HF bands, in different modes (CW | SSB | RTTY | FT8 | FT4). If conditions allow, we will try to be active 24 hours a day. 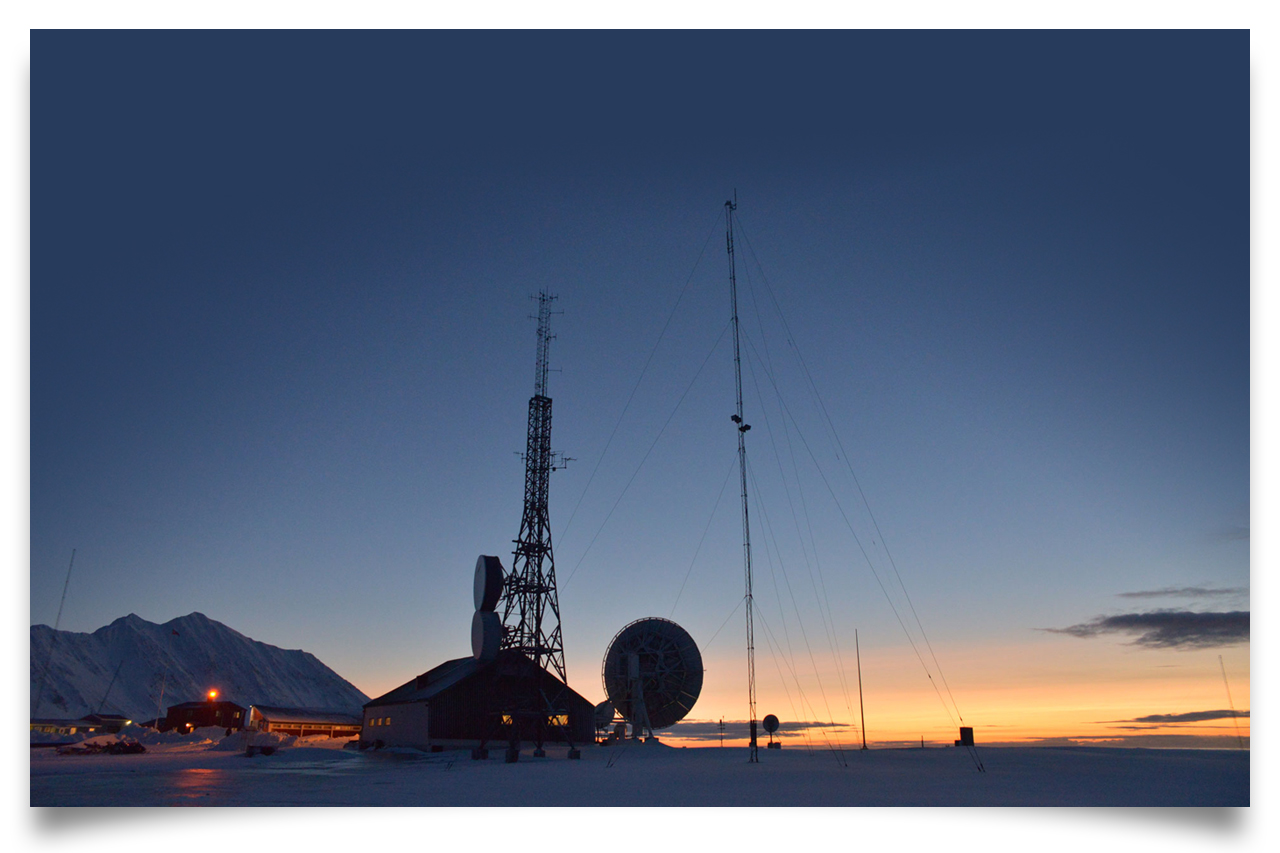 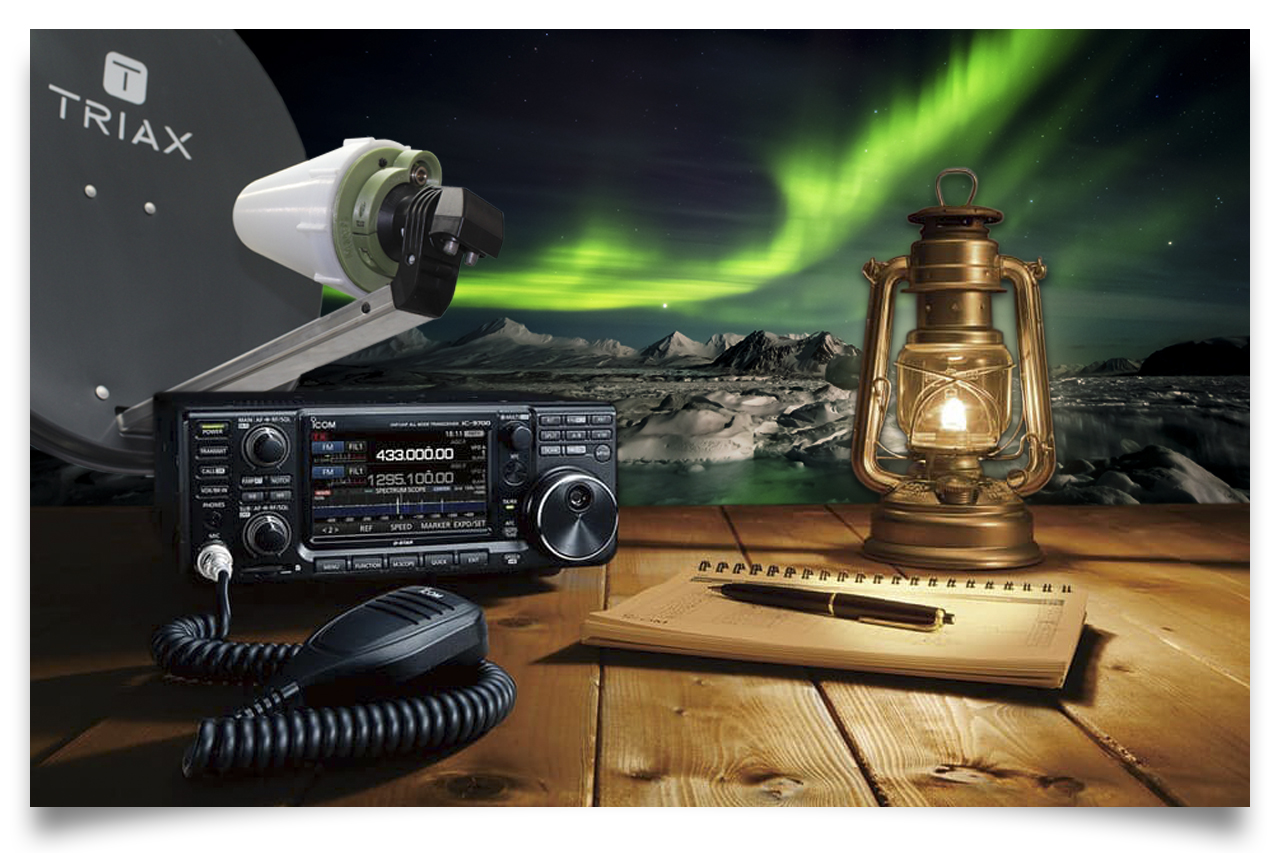 The first ever JW QO-100 DX expedition, a tough challenge.

Making the first ever QO-100 calls from Svalbard is the biggest challenge of this DXpedition. ON4CKM Cedric, ON4DCU Patrick and ON5UR Max will make a rugged snowmobile ride of almost 100 km in temperatures of -20° – 25° Celsius to reach their goal. Kapp Linné is the only place in the area that allows a view of the QO-100 satellite at only 3° above the horizon. Svalbard also lies on the edge of the satellite area (footprint), which makes the challenge even greater. We want to give as many radio amateurs as possible the opportunity to work this first QO-100 DXpedition. For this unique challenge we also have a special callsign JW100QO.

Nice images from a trip to Isfjord Radio in Kapp Linné. To this location we have to move for the QO-100 DX-pedition.

Some nice facts about Svalbard

• A night in Svalbard takes three months in winter. Can you imagine not seeing a sunrise for three months? The opposite of the midnight sun in summer is the polar night during winter. It starts around the beginning of November and ends in late January. During that time, you won’t see a glimpse of sunlight in Svalbard.

• Longyearbyen is the capital of Svalbard. It has all the infrastructure you would expect from a normal city, including hotels, stores and an international airport. It is the first place you will arrive at during your trip to Svalbard.

• Longyearbyen is so northern that it is only 1200 km from the North Pole. It is no surprise that Svalbard has a rich history of explorers who set out to conquer the Arctic.

• It is highly unlikely that you will meet anyone born on Svalbard. Svalbard has no indigenous population. Everyone who lives there is from the outside and women are not allowed to give birth there. Due to its remoteness, women are required to travel to mainland Norway a few weeks before their due date to give birth to their baby there.

• There are only 2,000 residents, yet Longyearbyen has residents from more than fifty countries, one of the most diverse places in the world. Thanks to its relaxed attitude toward immigration, anyone can come and live and work there.

• 60% of the land on Svalbard is covered with ice. Svalbard is a frozen desert made up of mountains and glaciers. Large parts of the country are covered with ice all year round. Ausfonna is Spitsbergen’s largest ice sheet and covers part of the island of Nordaustlandet. This ice sheet alone covers 8120 km2 of land.

• There are more snowmobilers than people in Svalbard. Since there are hardly any roads and very much ice, it makes sense that the snowmobile is the preferred mode of transportation outside the summer months.