When we posted our first messages on social media that we were planning to travel to Svalbard, we were quite quickly contacted by several radio amateurs from all over Europe asking if QO-100 would be part of this DX-pedition.

Others wanted to provide us with a complete QO-100 station. We answered every message saying we would investigate the possibilities.

In the meantime, we did some research and to our great surprise we couldn’t find anything about QO-100 activations from Svalbard. The search continued but it yielded nothing. We contacted active QO-100 users, but nobody had JW – Svalbard in his logbook. This became even more fascinating to us, and we had to conclude that apparently no one had ever activated QO-100 from Svalbard.

We looked closely at several QO-100 footprints and scoured quite a few websites so we could prepare further. We found out that the QO-100 satellite is totally inaccessible from Longyearbyen. The high mountain peaks and very low elevation of only 3° made it impossible. This finding was not a nice feeling and made us immediately realize why no one has activated QO-100 from Svalbard yet. In the meantime, we were so fascinated that we continued our search for a solution.

Via Google and by watching a lot of YouTube movies, we came across Svalsat. Svalsat is an ESA satellite base at 400 meters ASL. We had contact with Ole Petter Storstad from the ESA Svalsat station. He answered all our messages nicely but unfortunately, he could not help us. He had left Svalbard two years ago and was no longer the director of the ESA Svalsat base. All other contacts with Svalsat were fruitless. After further research, the mountain peaks would also remain a problem here. So no guarantee of success from this location and we certainly didn’t want to take that risk. 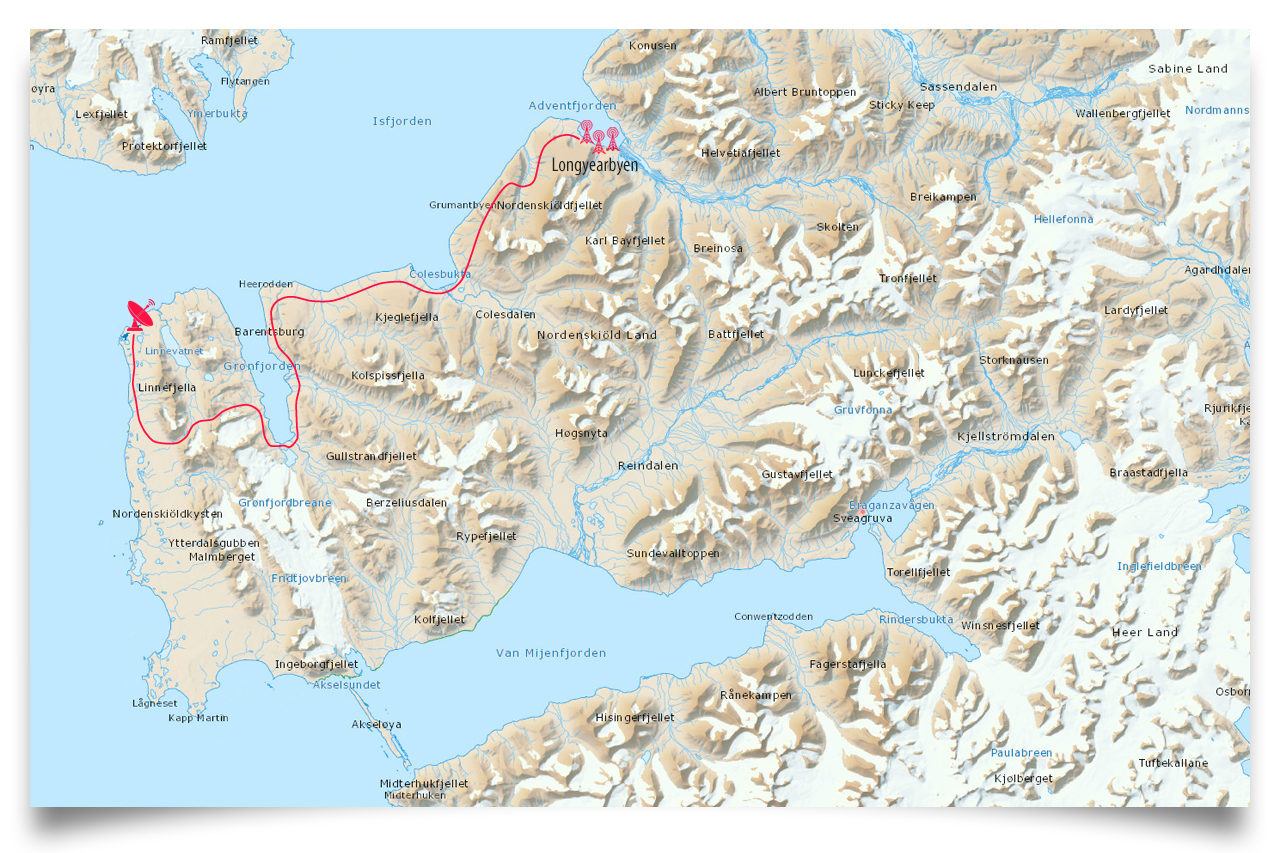 Finally, our eye fell on Kapp Linné a place where also Isfjord Radio is located. From this location we have a nice open view towards the QO-100 satellite and no mountain tops to make life difficult for us.

During the month of April, it is still very cold winter weather, so Kapp Linné is not accessible by boat because the sea is completely frozen. The only way to get there is by snowmobile. Via the mainland, this is a trip that takes at least five hours in temperatures of -20° a -25° Celcius. If the weather is very bad, this can quickly increase to seven hours.

So we had to look for transportation and a place to stay where the JW0X QO-100 DX-pedition could take place. We got in touch with the Basecamp in Longyearbyen and the Isfjord Radio Hotel in Kapp Linné. Birgitte and Mallin responded to all our emails very carefully. They understood that the location was of very great importance to us and promised their cooperation. It was clear that they wanted to cooperate with our QO-100 project and we received the good news that we were welcome at the Isfjord Radio Hotel.

The following months were spent discussing important points and sending emails. We had the impression that Birgitte found it more and more interesting and a little later we even got the good news that Basecamp wanted to become one of our sponsors. Through this way a sincere “thank you” to the entire team for their cooperation and sponsorship. 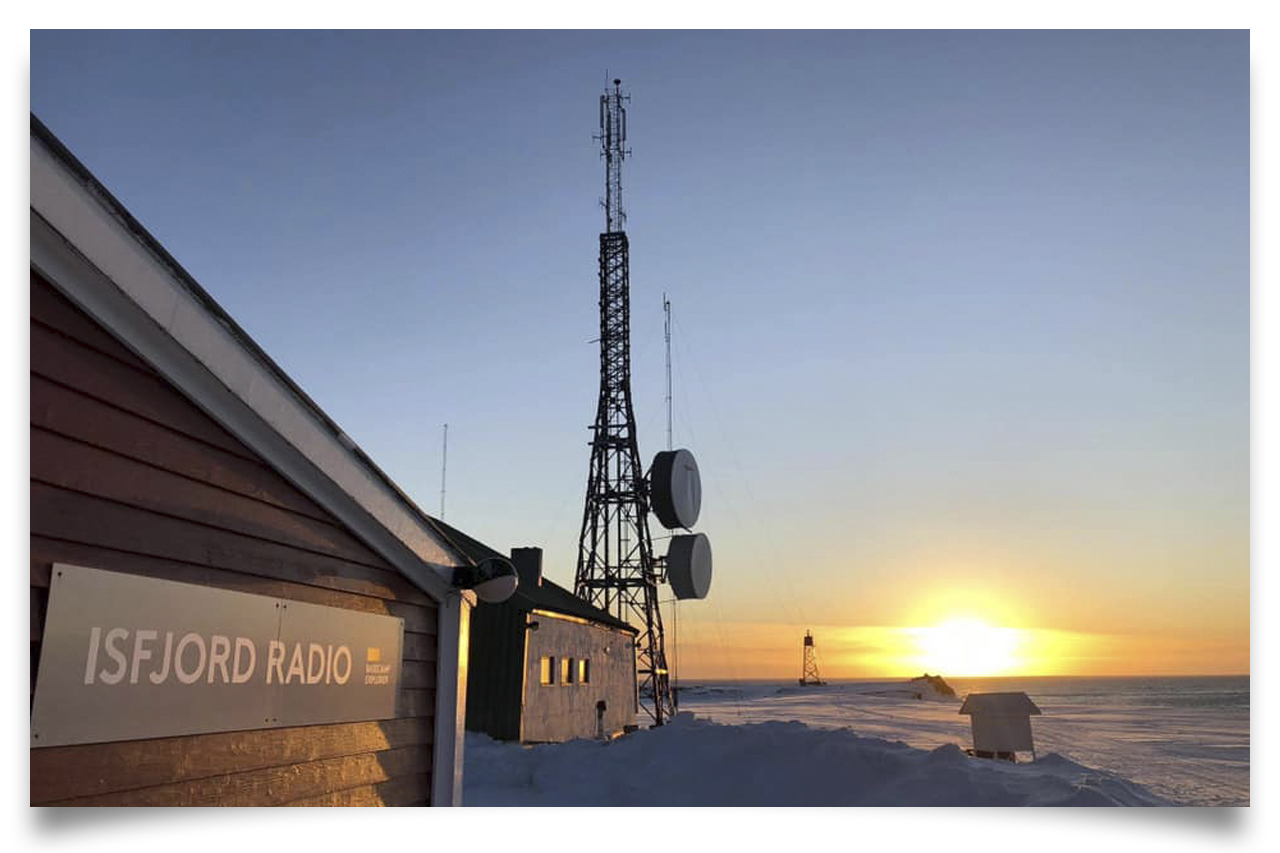 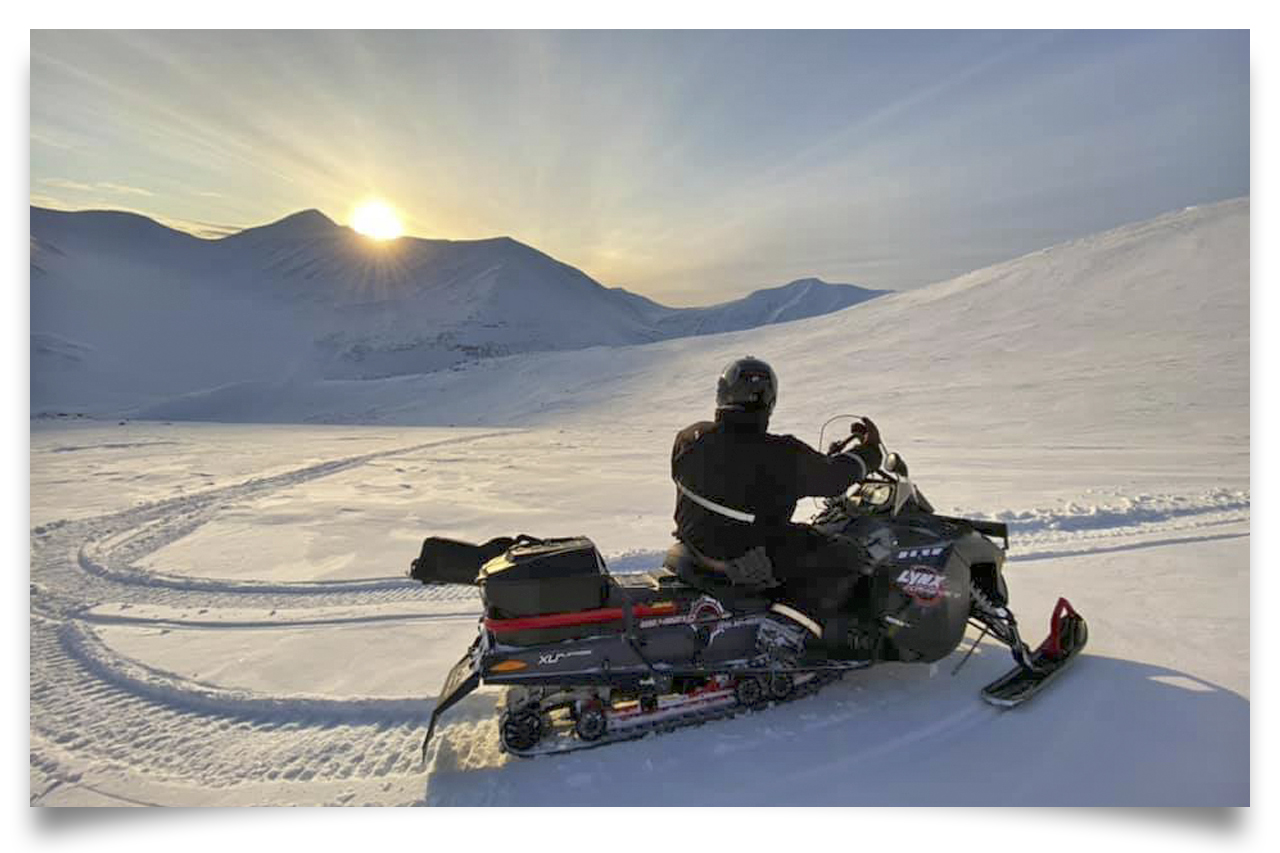 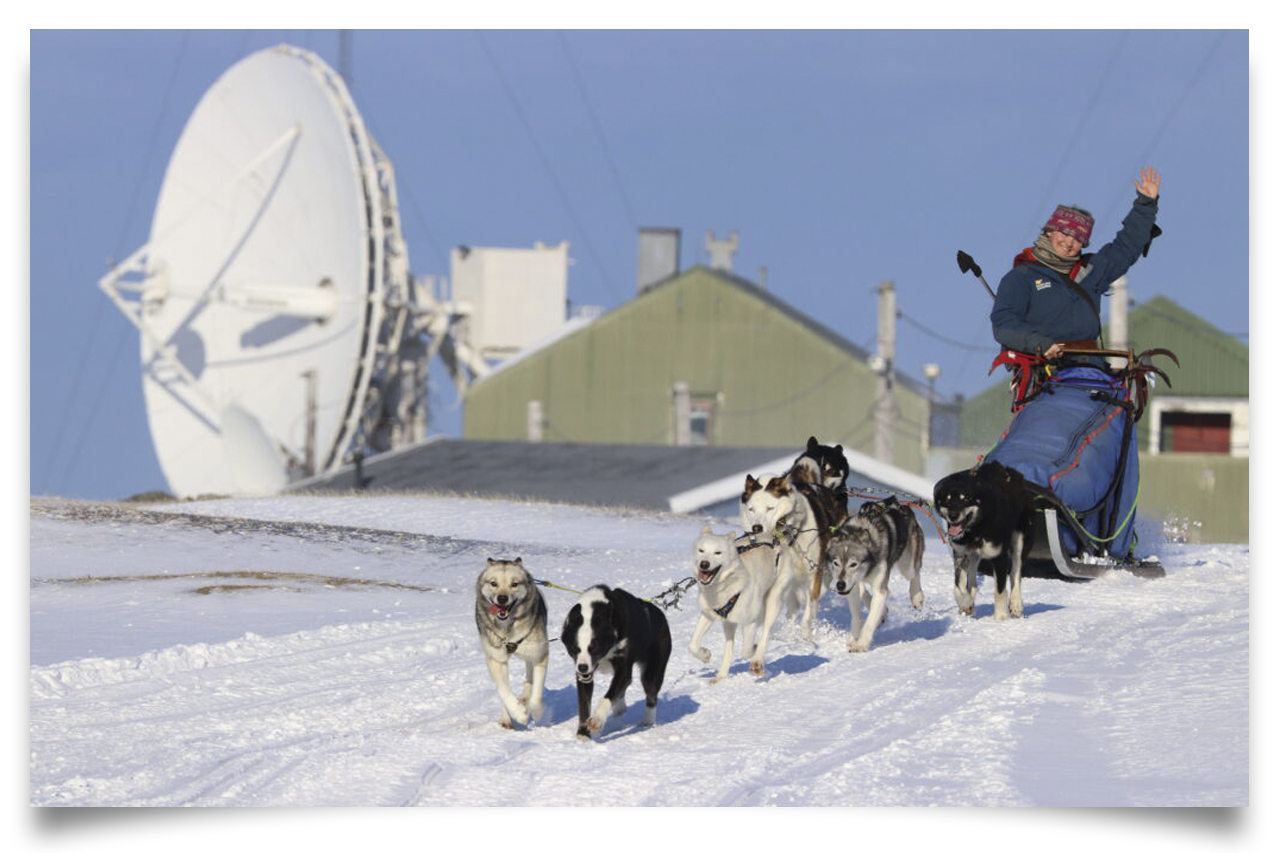 After almost six months, we finally found a good partner for the transport

Finally! Because after almost six months we can also tick off the transport for the QO-100 activation on our “to do list”. I even dare to write that this has become the most difficult part of the DX-pedition and it was really not an easy task to find someone who wanted to take us to Kapp Linné.

We got in touch with Stefano Poli who has been operating with his own company Poliarctici in Svalbard since 1999. Stefano listened carefully to the purpose of our trip. How many operators want to come along?  How much luggage will there be? When do you want to travel etc… To keep everything affordable Stefano himself suggested to go with three snowmobiles, three operators and three experienced guides who want to bring us safely to Kapp Linné.

Stefano gave us a lot of confidence and a good feeling. We then decided pretty quickly that we would take on this challenge together with his company “Poliarctici”. The agreement was drawn up and the deposit was paid. 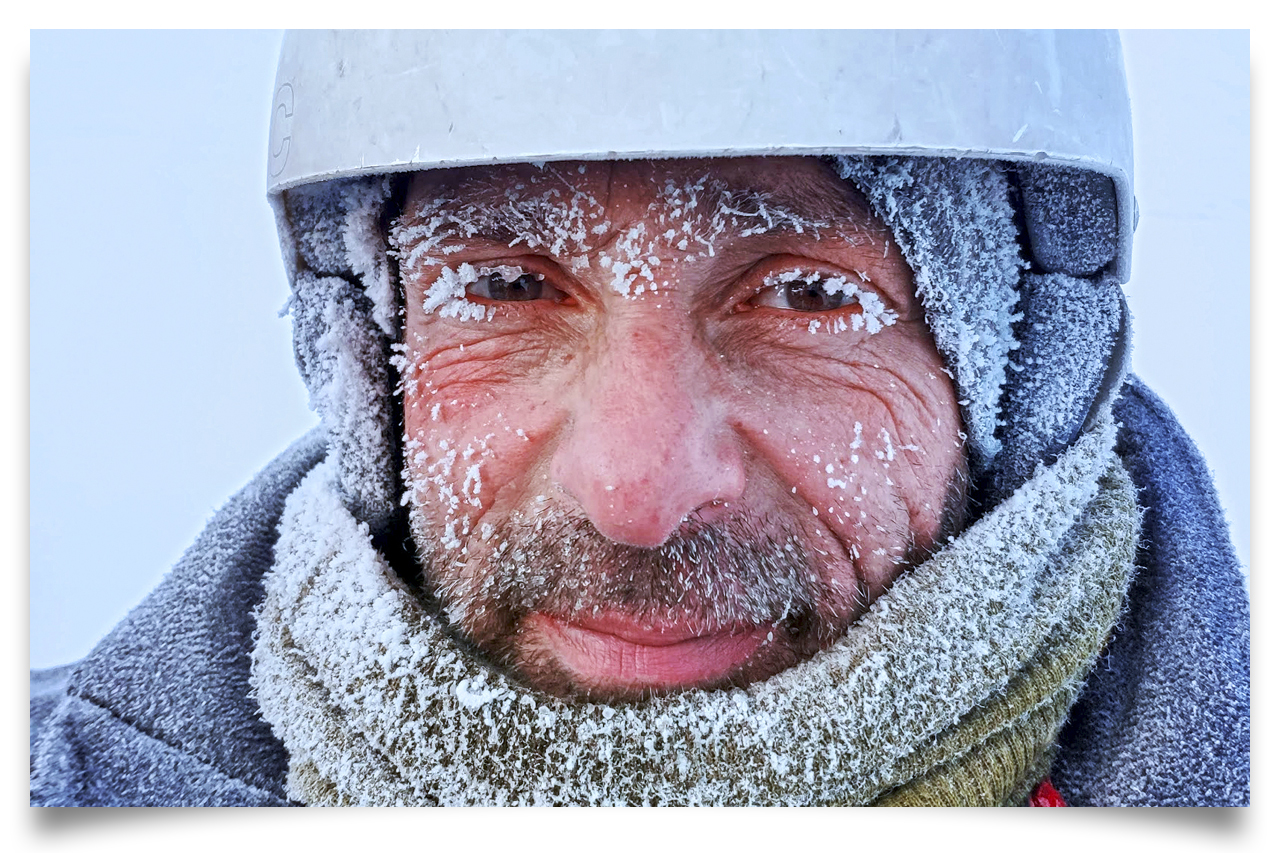 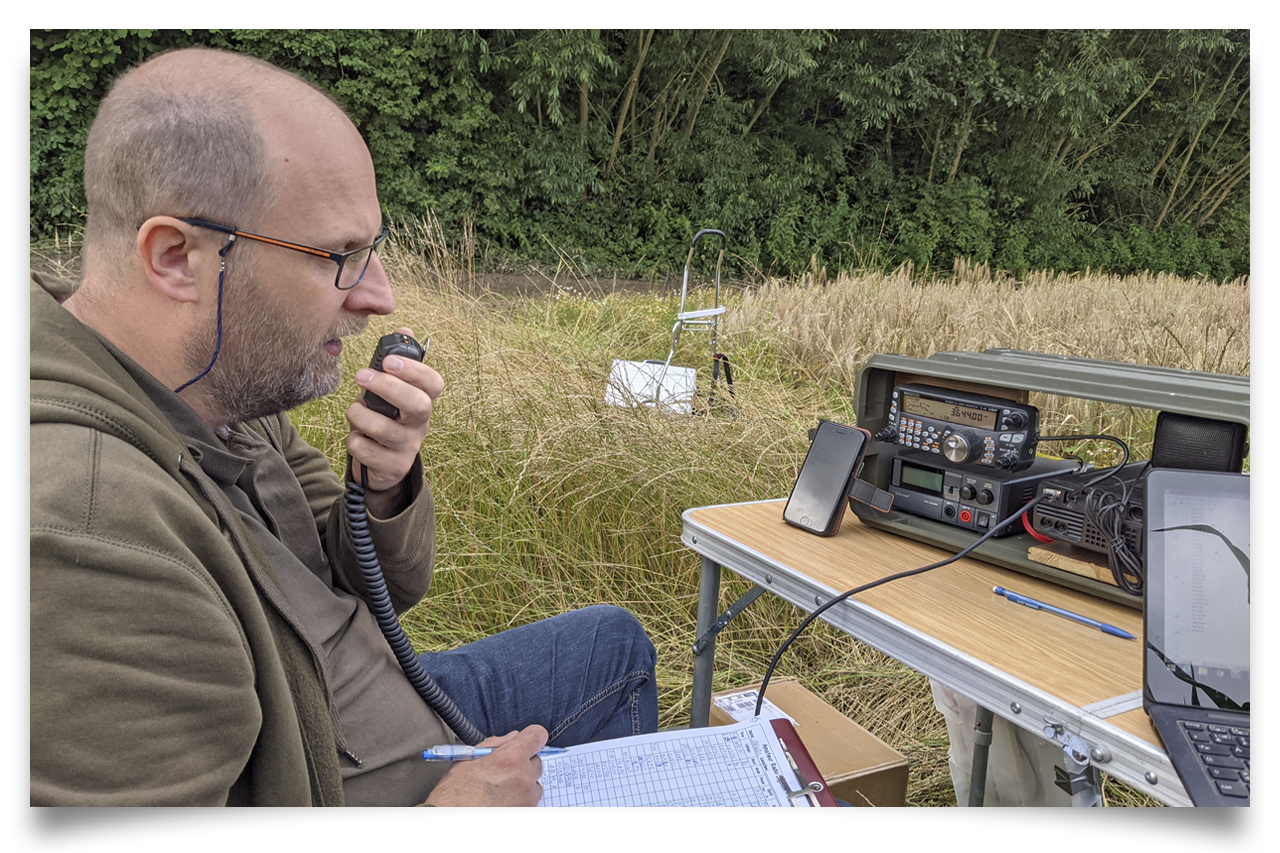 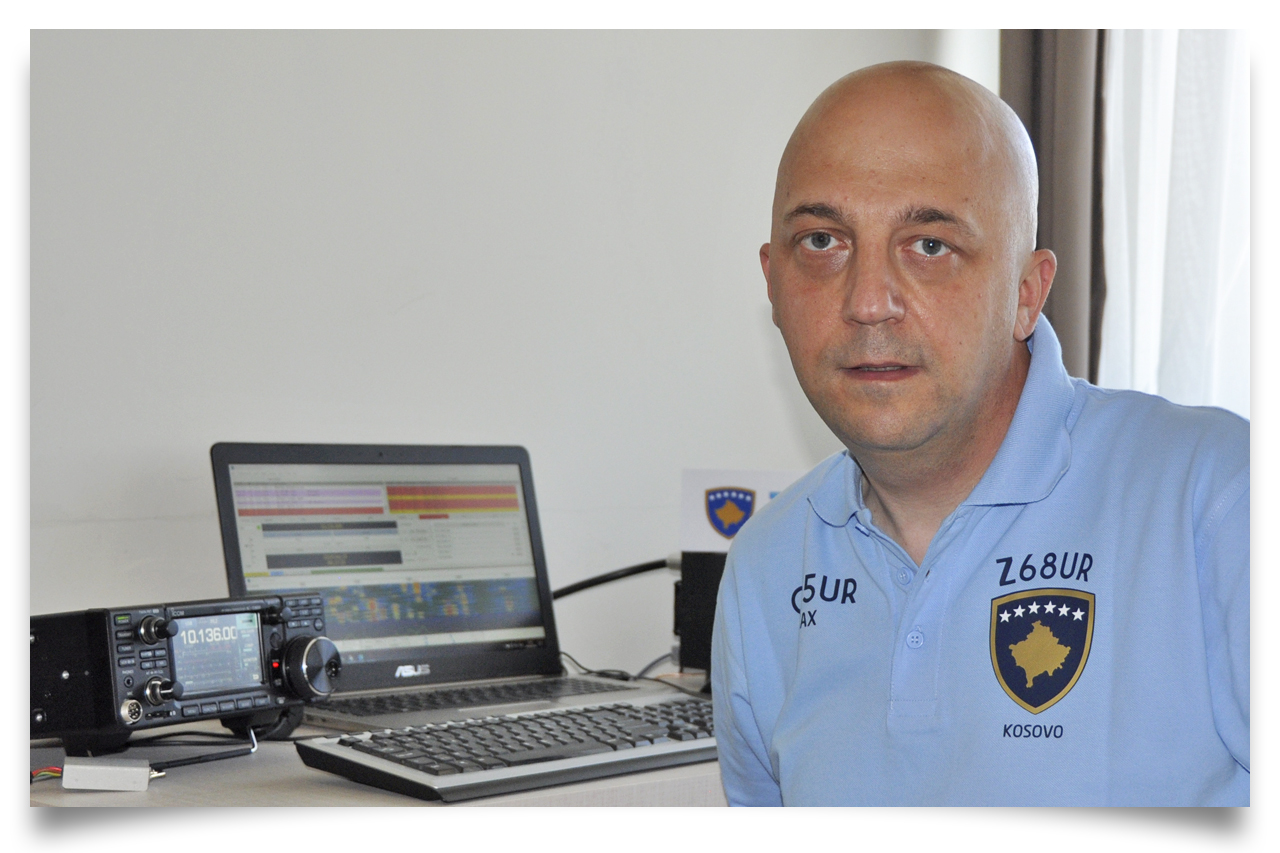 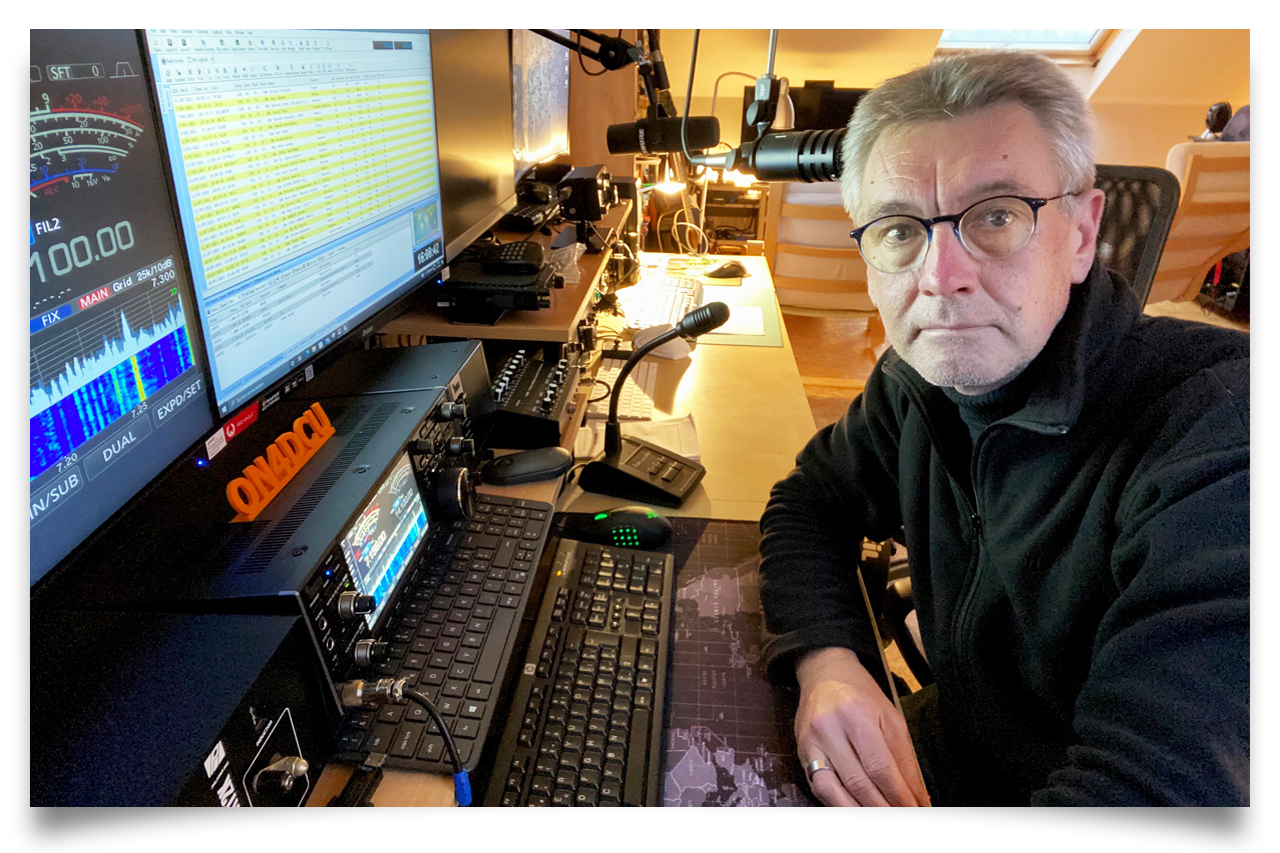 ON4CKM Cedric, ON5UR Max and ON4DCU Patrick will take up the challenge and travel to Kapp Linné and stay there for 3 days, trying to be active 24 hours a day. We will also see if it is possible to be active with two stations to give even more hams the opportunity to work this new DXCC.

In order to be active as long as possible from Kapp Linné we will travel very early and start our trip already at 5.00 am. Stefano will pick us up on Sunday evening around 19.00 hrs, so that we will arrive back in Longyearbyen after midnight.

We greatly appreciate your support for the QO DX-pedition

The expenses made for the “QO-100 DX-pedition” already amount to 9846.00 €. This is a huge cost for three team members for this 3 days QO-100 DX-pedition. Therefore, we also count on the voluntary support of the radio amateurs and QO-100 users. Every contribution, however small, is more than welcome for this part of the DX-pedition.

If you want to make a donation, take a look at our  sponsor page.

Donations can also be made by bank transfer. Within the EC countries, an international bank transfer is free of charge and there are no bank charges.

Even though there is still a lot of work to be done financially, we are already very pleased that people are offering their help voluntarily. ON6AJ Alex contacted us regularly, is helping build the QO-100 station and has already provided us with two commercial sponsors. For which our sincere thanks Alex.

These companies immediately believed in the success of this DX-pedition. Thanks for your support, we really appreciate it!

Without our sponsors, this DX-pedition would not be possible 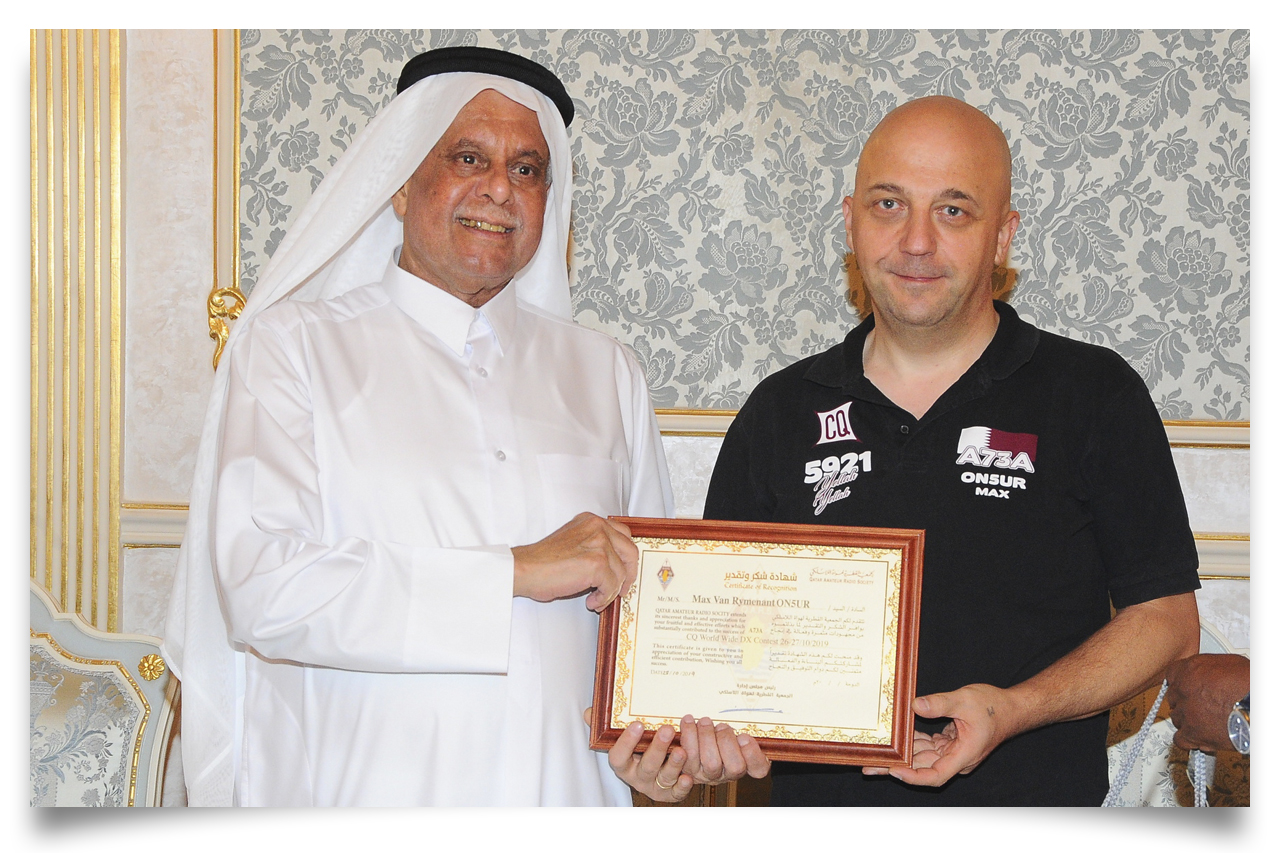 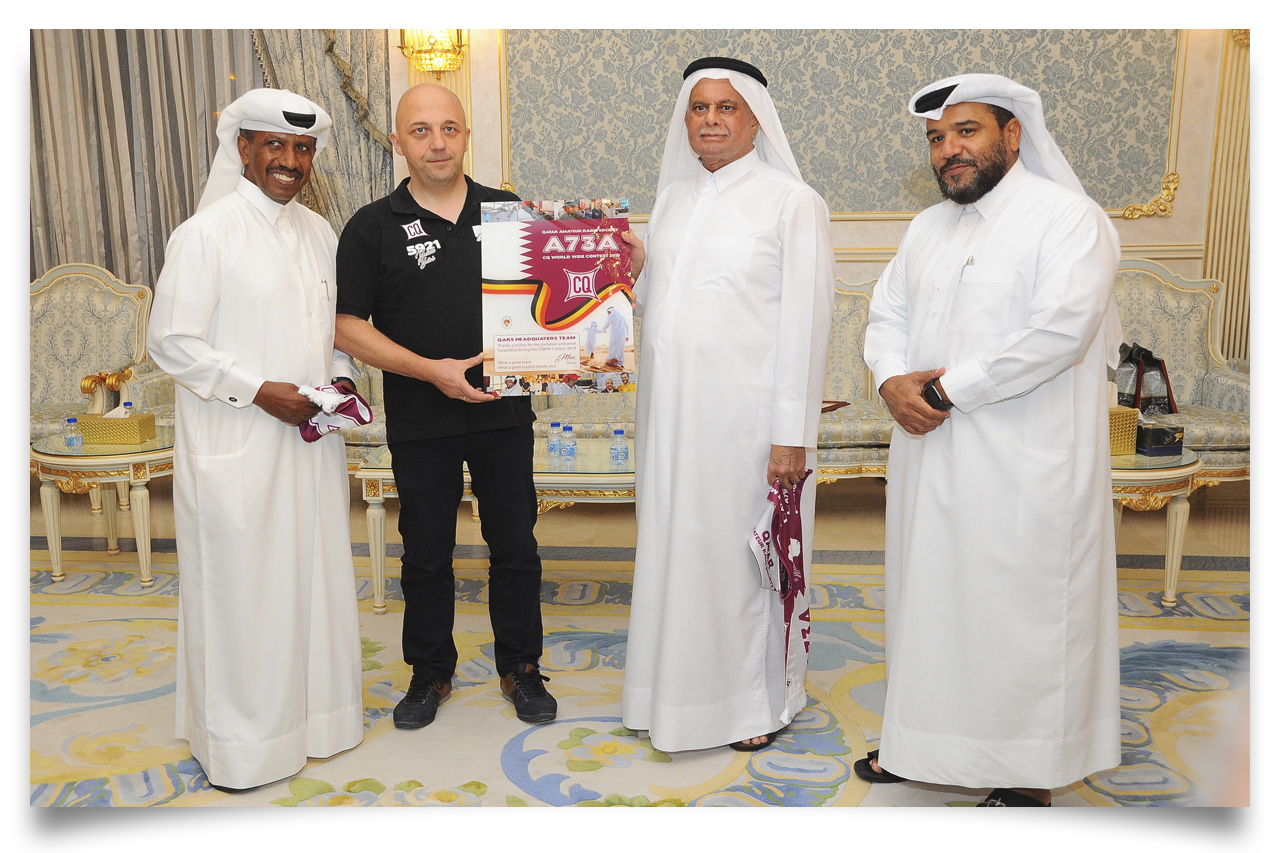 After the “CQ World Wide DX Contest” 2019 in Doha | Qatar, the A73A team was received by the former Deputy Prime Minister of Qatar Mr. Abdullah Bin Hamad Al-Attiya in his palace. A very special moment that we will never forget.

It was Mr. Abdullah Bin Hamad Al-Attiya A71AU who pushed the red button for the launch of the QO-100 transponder. The ham radio transponder is on board the Es’hailsat-2, which is a commercial TV Satellite. The satellite was launched on November 15, 2018 and will be active from February 12, 2019.